SISTER AND SEMINARIANS AT 2018 MARCH FOR LIFE 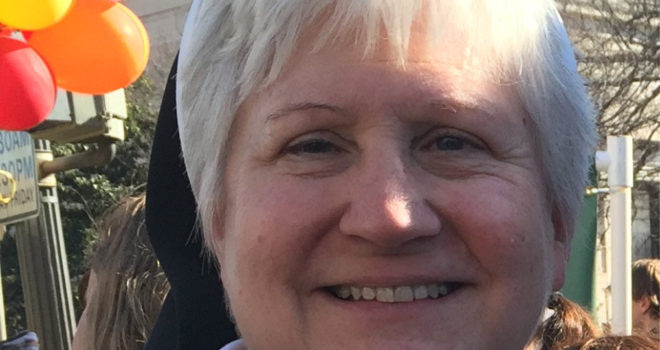 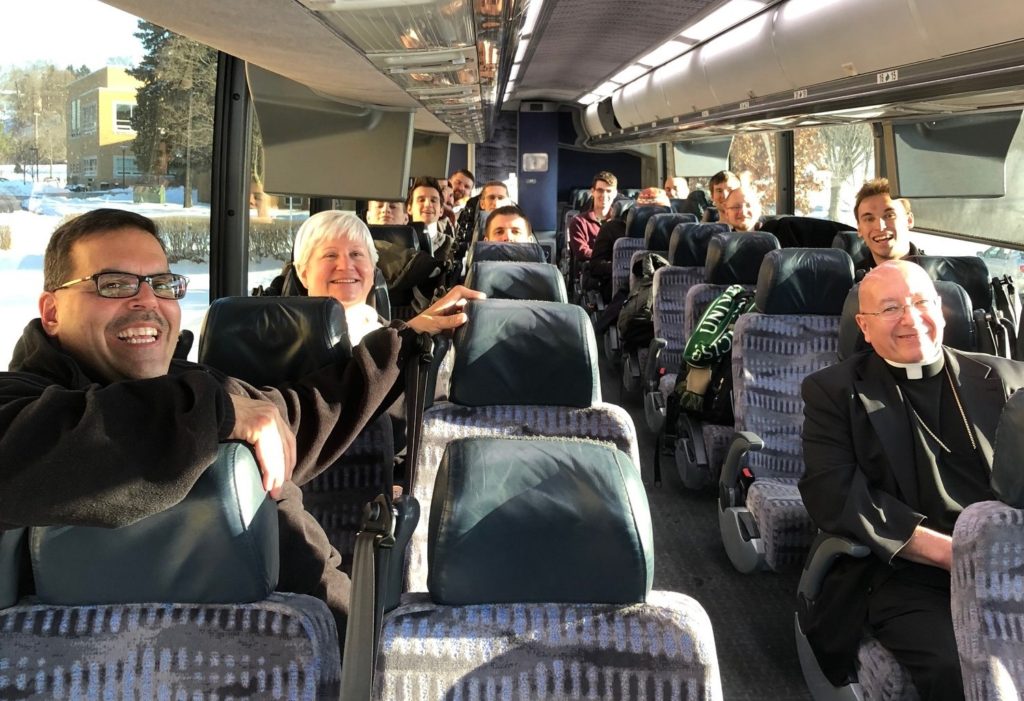 Since 2008 when Sister Cindy Ann Kibler began a ministry at St. Paul Seminary, Pittsburgh in the areas of Pastoral Formation/Apostolic Works for the formation of seminarians and permanent deacons, one event that she continues to attend with the seminarians is the annual March for Life in Washington, D.C.

On Thursday, January 18, 2018, St. Paul Seminarians and faculty (Fr. Tom Sparacino, Rector, Fr. Brian Noel, Spiritual Director, Fr. Mike Ackerman, Vocations Director, and Sr. Cindy Ann) boarded a bus to travel to Washington DC for the 45th March for Life events. They were blessed to have the chaplain to the Sisters of the Holy Spirit, Bishop William Waltersheid, accompany them this year.

The bus trip included time for communal praying of the liturgy of the hours, rosary, private prayer and watching the movie Romero about the life and sacrifice of Archbishop Oscar Romero of El Salvador.

Upon arriving in D.C. they were greeted by Bishop David Zubik and the Pittsburgh seminarians who are studying in D.C. The bishops, faculty, and seminarians then walked over to the Basilica of the National Shrine of the Immaculate Conception for the Vigil Mass, celebrated by Cardinal Dolan, which was attended by youth groups from all over the United States who travelled for days to come together in prayer hoping to build a culture of life at all stages from conception to natural death. 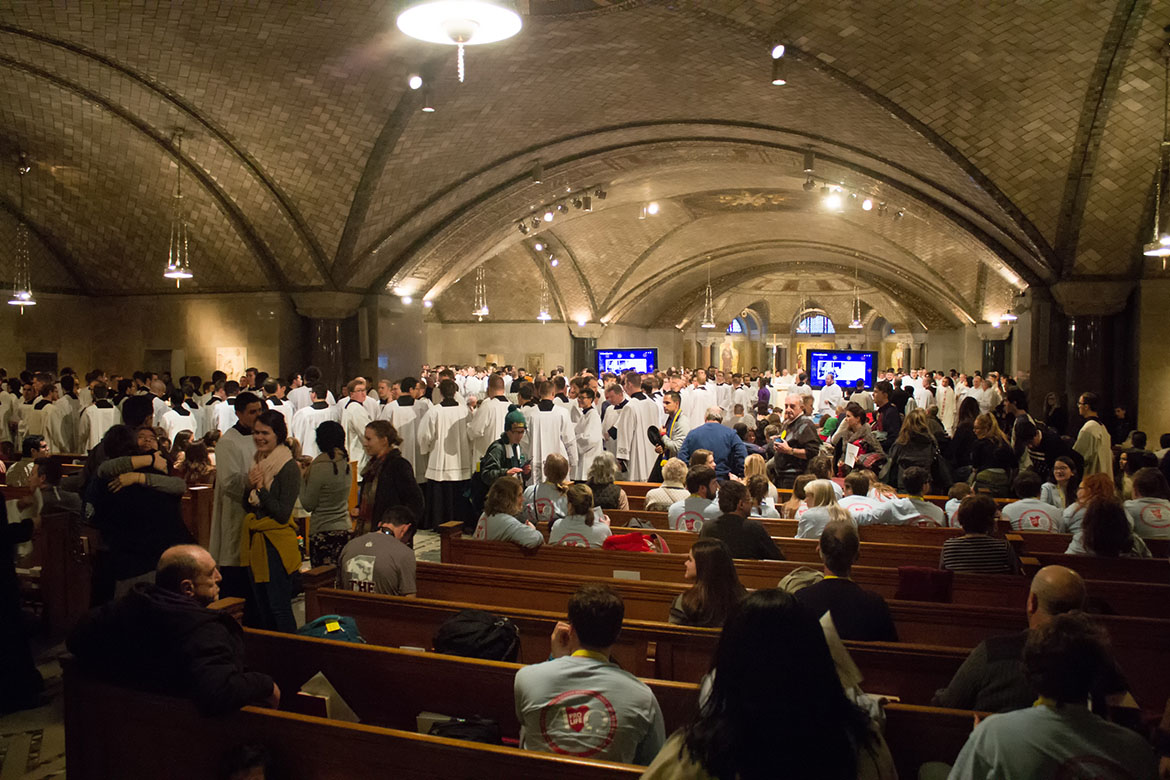 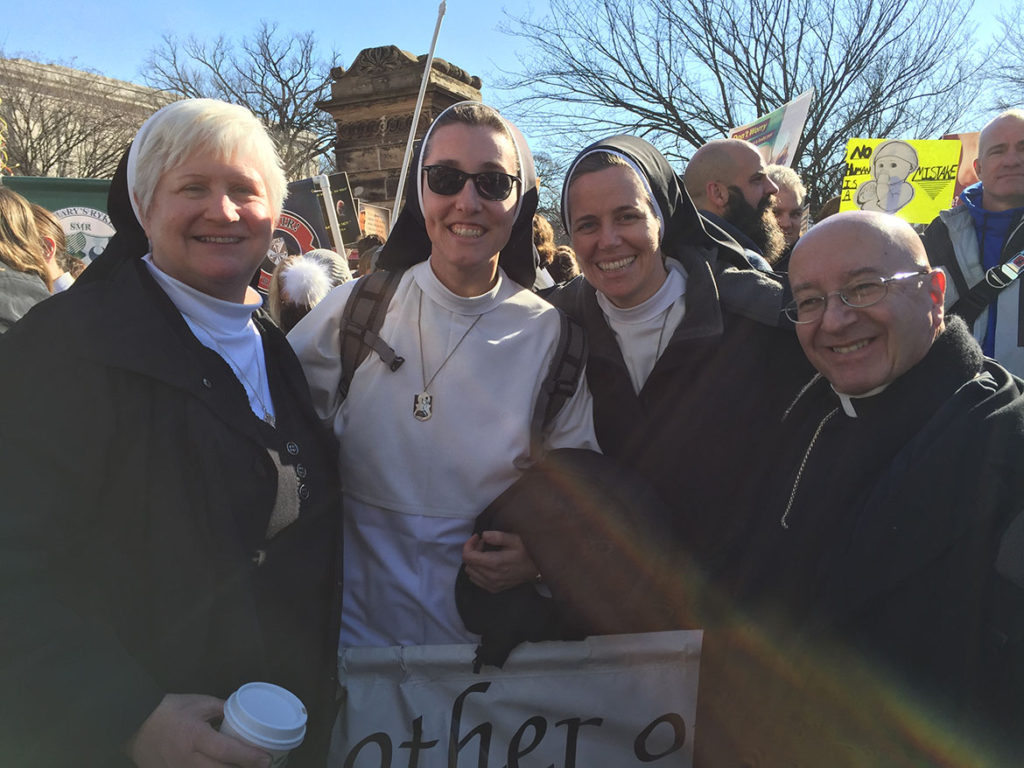 After a night of prayer in the Shrine and a little bit of sleep, they all went to the Capital One Arena at 6 AM on Friday morning for the Youth Rally, Confessions, and Mass for Life which was celebrated by Cardinal Wuerl. Once again youth from all over the country participated. At the end of the Mass Cardinal Wuerl recognized those in seminary and consecrated life and asked the youth in attendance to consider these Vocations in their lives.

From the Mass for Life all walked to the National Mall to pray, listen to music and speakers, and to begin the March down Constitution Ave. 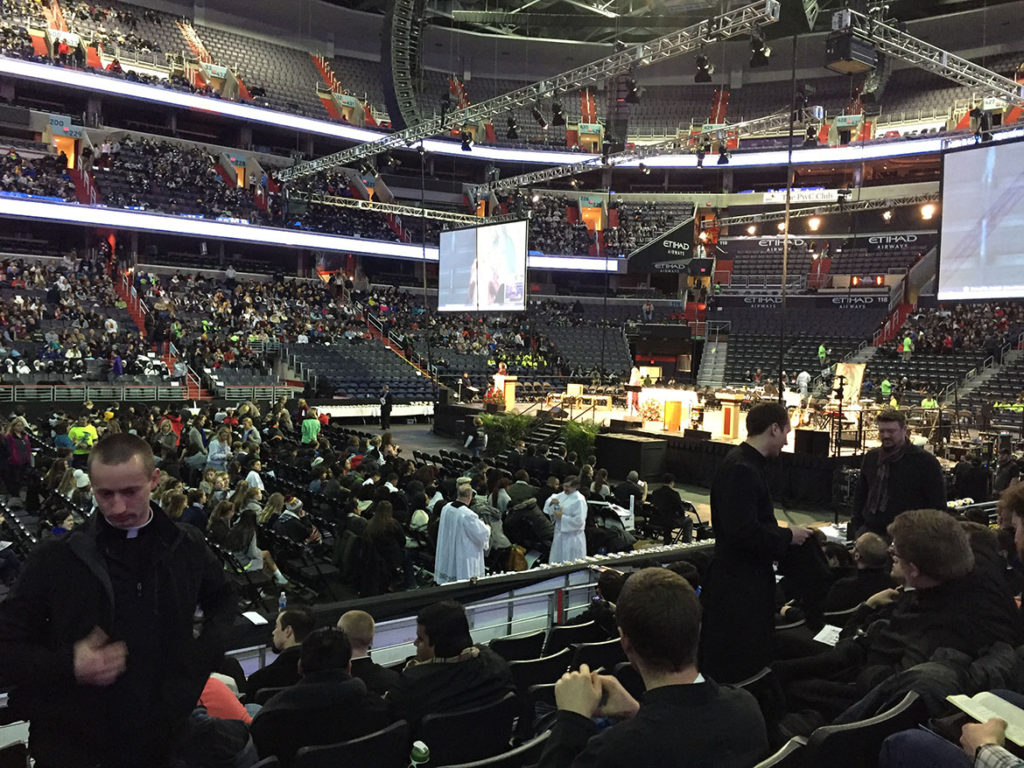 One providential moment as they stood on a street corner waiting for the March to begin included praying the rosary with Dominican Sisters of Mary Mother of the Eucharist, from Ann Arbor, Michigan. One of the Sisters is a family friend of Sr. Cindy Ann’s. They had not seen each other in two decades. Sister Cindy Ann said, “Our meeting was a reminder of the power of the Holy Spirit to bring surprises into our lives.” 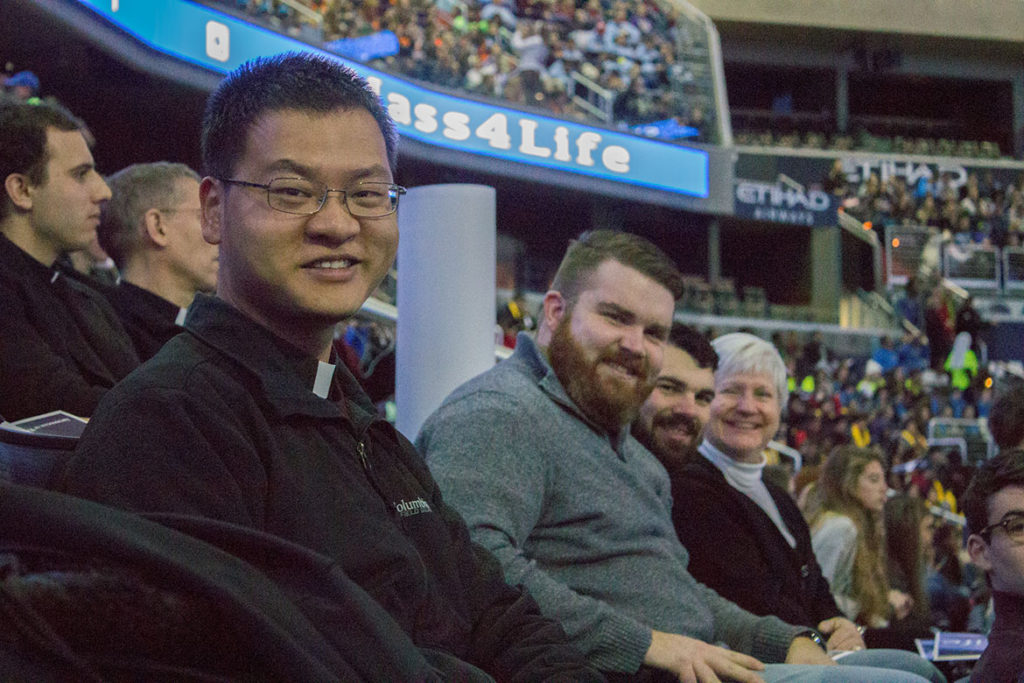 Sister Cindy Ann’s ministry is guided by her dedication to the Holy Spirit and by her lived experience in community. She shares these gifts and qualities generously with the seminarians, priests, and all her colleagues at the seminary in each of the varied activities in which she is involved.

In response to her request for the seminarians to share their experiences of their participation of the March for Life, Brian Hindt said, “This was the first time I participated in the March for Life. It was an AMAZING experience! What a beautiful sign of unity amongst so many from all over the country. It was a blessing to be a small part in giving a voice for the most poor and vulnerable (unborn) in society today.”Gabriel Salibi added that he wants “to be a voice for those deprived of speaking, not only the unborn but for the countless mothers who are victims in having their vulnerability exploited. I march not only to revoke our laws concerning abortion but more importantly to promote a cultural reform that upholds the sanctity of all human life.” Sean Farrell and John Kist reflected on their participation as being especially meaningful and powerful as seminarians joining with the hundreds of seminarians present from around the country. A number of the seminarians were impressed by the presence of the youth present. John Ferguson said that “the young people, those around my age, demonstrated courage standing up for those who cannot do so themselves. 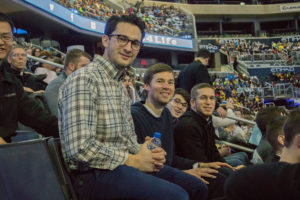 The “I am the Pro-life Generation” posters gives me great hope in what God has in store for His Church.” Sean Farrell added, “It was really a witness to hope for the future to see so many young people in the crowd and at the youth Rally. Many stood up at the youth Rally saying that they were discerning religious/priestly vocations, which was a powerful sight to see.” 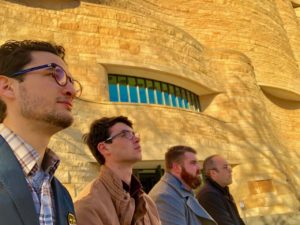 After Marching down Constitution Avenue in the sunshine, they boarded the bus to return to Pittsburg thanking God for such beautiful liturgies, camaraderie, and weather. The hope is that their prayers and actions will bring forth more awareness of the need to promote and treasure all life so that abortion, trafficking, euthanasia, death penalty, mistreatment of migrants, torture, and environmental inequality will no longer rule our world. Seminarian John Kist reflected, “When the march is finished and we all go our separate ways, it can be tough to stand up for life when it seems like no one stands with you. To be at the March for Life, to see all the young people, provides us with the assurance that we are not alone, and when we stand for life we do not stand alone.” 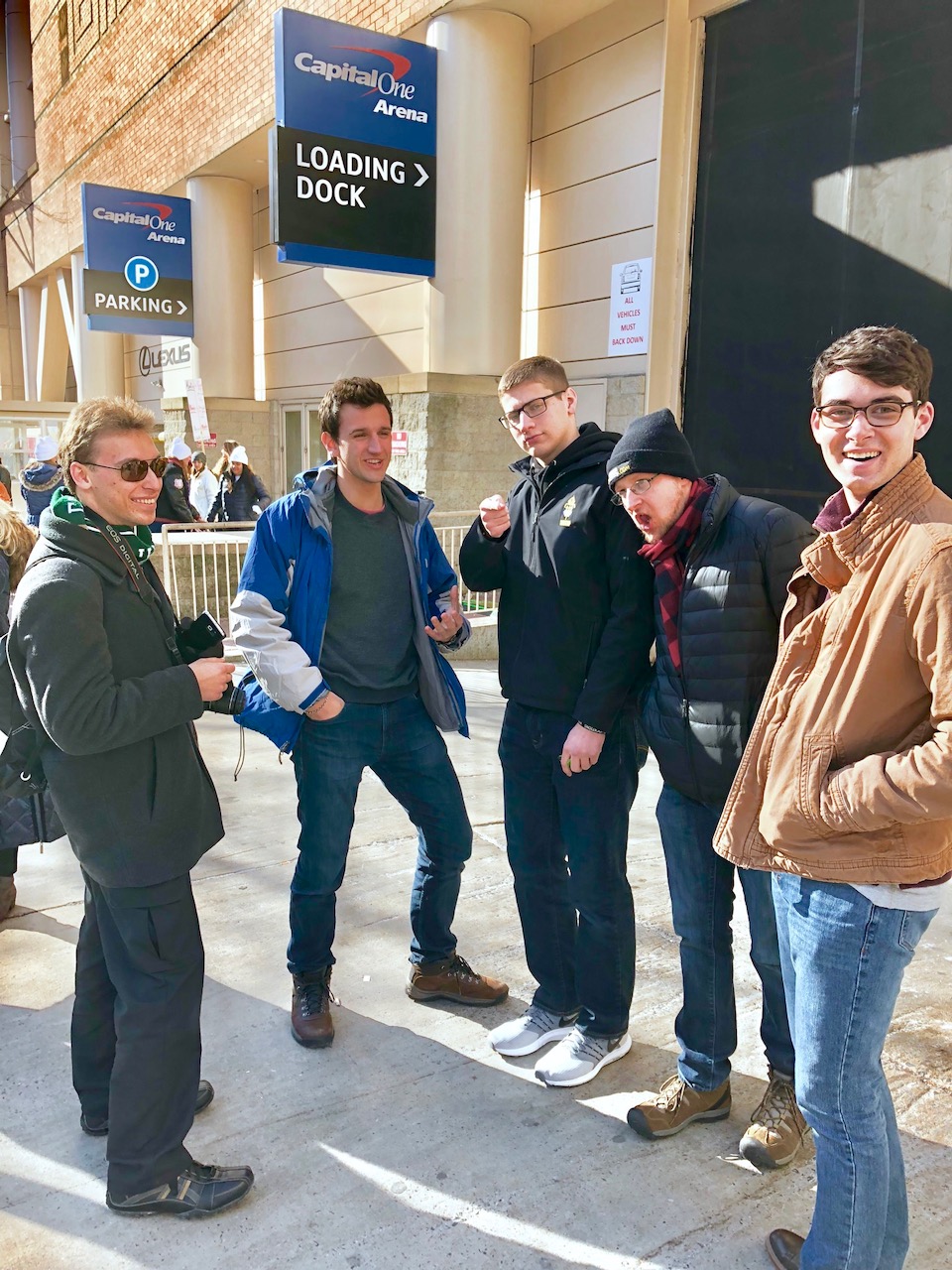